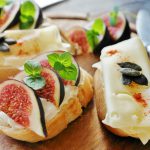 Many people relegate the flavor of pumpkin to the more autumnal parts of the year. Which, I suppose is understandable to a degree. But why can’t pumpkin be enjoyed year round? That truly never made a lick of sense to me. And, once you try this Pot Pumpkin Cream Cheese Dessert, you’ll likely agree with me that this flavor shouldn’t be restricted to just the Fall – it should be available (and enjoyed) 12 months out of the year.That’s how I feel anyway. I’ve always felt that way, to be honest. But the second I tried this Pot Pumpkin Cream Cheese Dessert, I realized just how important pumpkin is to the world of THC treats. It can’t be shoved aside, and thrown in a culinary closet, only to come out with the Halloween decorations. No, those days are over, and it’s recipes like this that are going to rid pumpkin of its unjust “pre-winter-only” stigma.

Boom – You’re done! You just made an amazing Pot Pumpkin Cream Cheese Dessert that can be enjoyed whenever the heck you want!

Benjamin Knope is a young professional living and working in downtown Chicago. He has been using cannabis as a natural way to treat anxiety and sleep disturbances. He has been a proud Midwesterner all his life and has enjoyed living in the Windy City for the past decade.

Get in touch with us for the best quality cannabis

There’s a lot of competition out there in the cannabis industry these days. Chicago Cannabis Reviews will save you time in finding the best product by providing interesting and honest reviews.